My ex roomie Yuki with her friend Yuuko came to Montreal last Saturday. I went to the airport to pick them up and when I saw her, I was extremely excited as if a doggy saw its owner coming back from military service in Iraq. It had been a year I had not seen her. The purpose of her visit to Montreal was to see:
1. Indigo cafe, where she used to study; she loved the atmosphere of the place
2. HABITAT 67
3. ME, who was the last one on her list...

Even though I didn't go to Indigo cafe with them, I showed them: 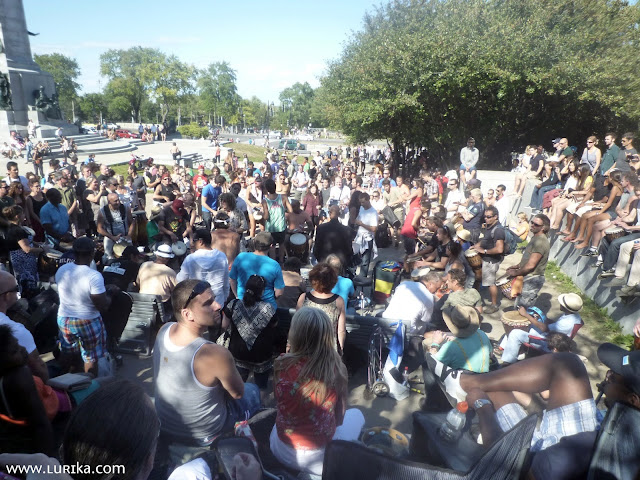 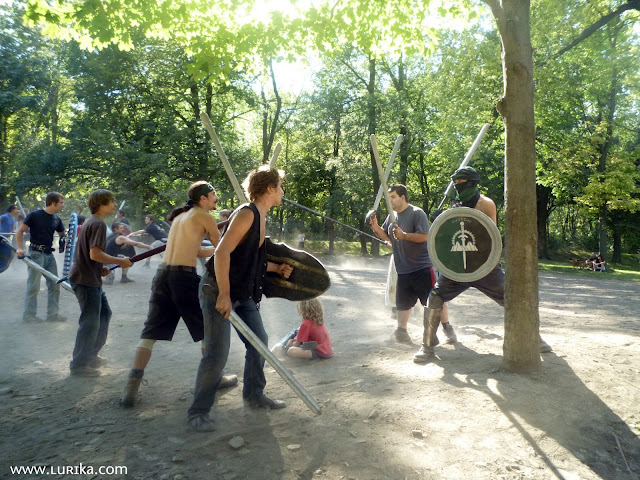 The knight fighting game. I told her that many kids would be there and dressed in middle ages knight costume. "They are not kids, " Yuki whispered. 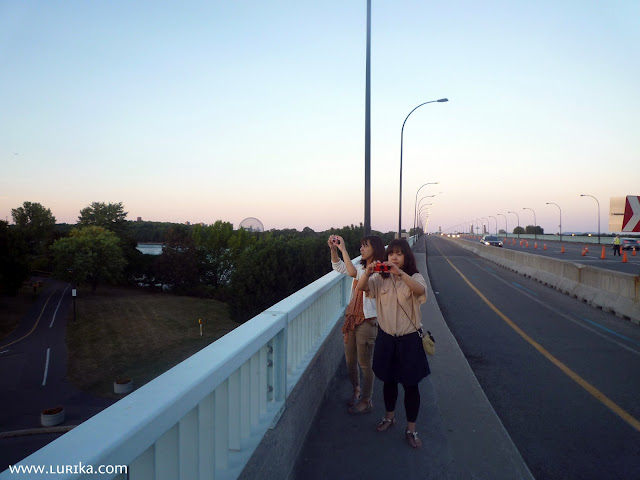 After Mont-Royal park, we took metro to Jean-Drapeau metro and walked around 50mins to HABITAT 67. There were so many flies around the bridge before the dark that we couldn't open our month to talk to each other. 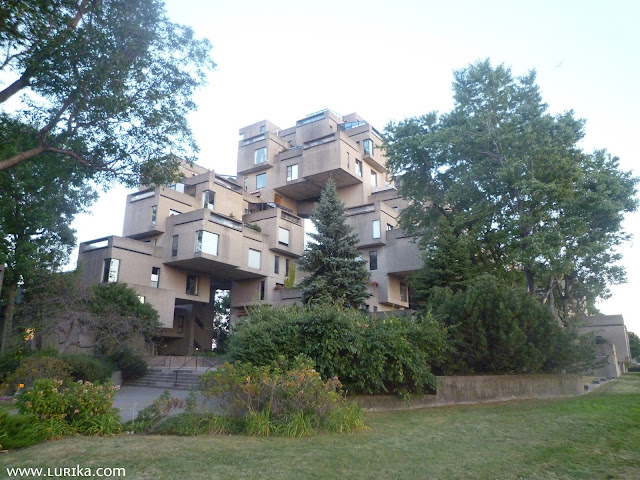 We finally got to see HABITAT 67. On our way back downtown, nobody wanted to take the bridge so we took the opposite from where we came. Not long after, we found a 168 bus stop and we took a bus back to town. 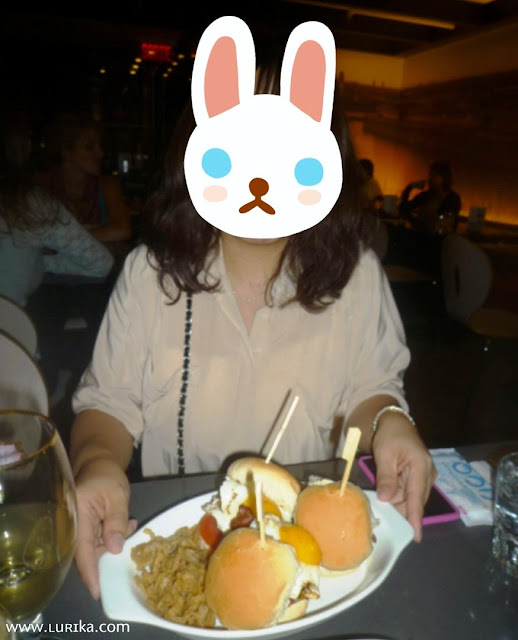 We had dinner at m:brgr where Yuki insisted on having a meal. She had three mini burgers with three eggs. I haven't got the permit from Yuki, thus I can't show her face on my blog. 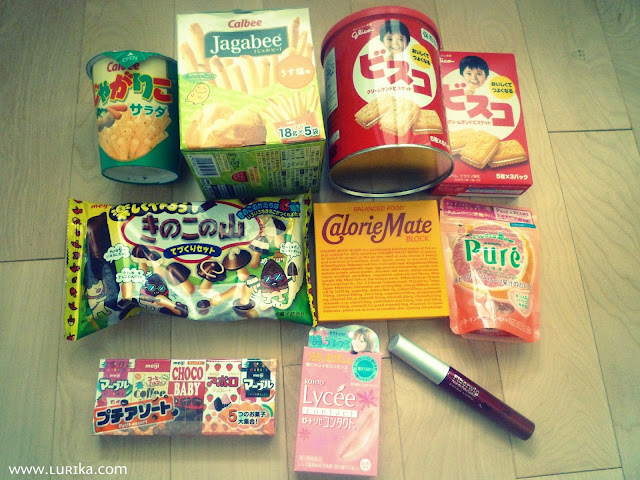 She brought some souvenirs from Japan for me. When I opened the bag, I almost cried because I was so touched that she remembered all the Japanese snacks I mentioned to her when we were living together. These snacks mean at a lot to me and bring back memories of my student life in Japan.

Yuki and I used to live together. We had done so many things in that huge kitchen/living room, such as cooking, sharing life experiences, asking advises, skipping classes, discovering good food in town, laughing, doing foolish things and blah blah blah. In fact, she cooked most of the time. I still remember the conversation we had every morning...

She was just like my mom. I feel that I miss her already...

awsome click really!! All the photos were exceptional and full of joy. i would prefer the assignmentdoer for my upcoming blog. This is how i love blogging.