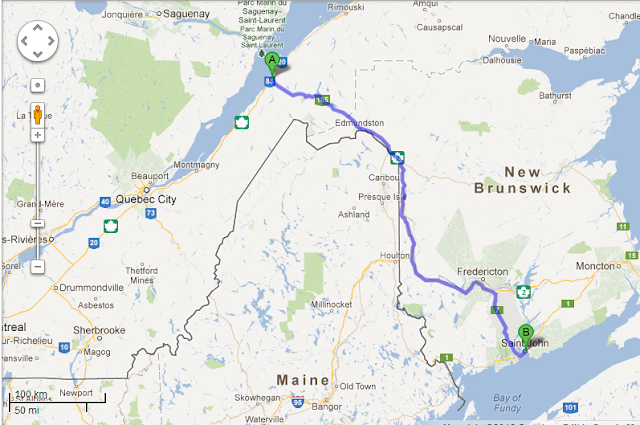 { From Rivière-du-Loup to Saint- John by Google map}

After putting water proof mascara on my eyelashes I did a strong sneeze, and as anyone could imagine the mascara on my upper eyelashes were all printed on my lower eyelid. What a disaster! It took me some time to remove it in the morning.

Before heading to our next destination, Saint- John, we had a good breakfast at Tim Hortons and went buy some snacks such as Doritos, Kitkat 70% cacao and Gammy bear. I told my boyfriend that if I were starving, I wouldn't have energy to drive, therefore, he had to feed me while I was driving. There were two local girls who were interested in me and kept staring at me. I didn't see many Asian people in this town so apparently my appearance was unusual for them. But I gave them a friendly smile and they smiled back to me which was cute. 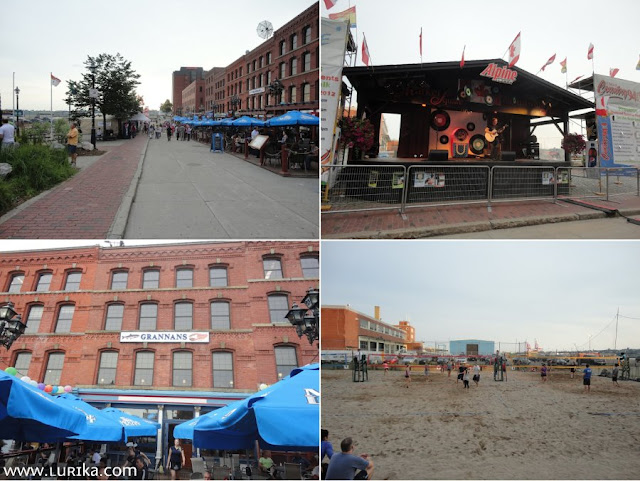 {Saint-John, New Brunswick}
We drove for six hours and arrived in Saint-John. According to the web, Saint-John is the first incorporated city in Canada. The city is very English style. Although we were as tired as yesterday, we wanted to visit the city before dusk. St-John is close to sea so I thought lobsters here would be cheaper than the one I had in Montreal. We found a restaurant and ordered two "lazy lobster", two fried sweet potatoes and a small battle of beer. The sweet potatoes were not as good as I expected because it was red. In my opinion, I think yellow sweet potatoes have the best taste. The lobster was a bit rubbery and I got bored in the end. We still had some remaining (two tails, two head and many legs) so we asked the waitress to pack it. We waited for very long time, the waitress finally came to tell us that her colleague threw our remaining lobsters to the trash can. She told us that if we didn't mind, she would ask the chef to prepare a new lobster for us. We waited another 15 minutes and got two plastic boxes which had only one tail in each.

I knew the restaurant was located in a tourist area. However, I was aghast by the price (see the photo below), when I saw the bill. I have to say that I learned from this time, next time if it shows "market price" on the menu, I will have to make it clear. In fact, I could get a very good French food in Montreal with lower price than those two lobster meals... 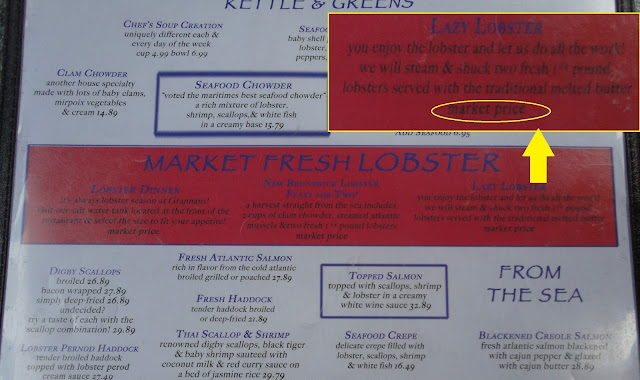 Wow, I would have been shocked by the bill too! Market price, maybe, but a high one!

You are lucky to get to see more of Canada, I do not know this province at all.