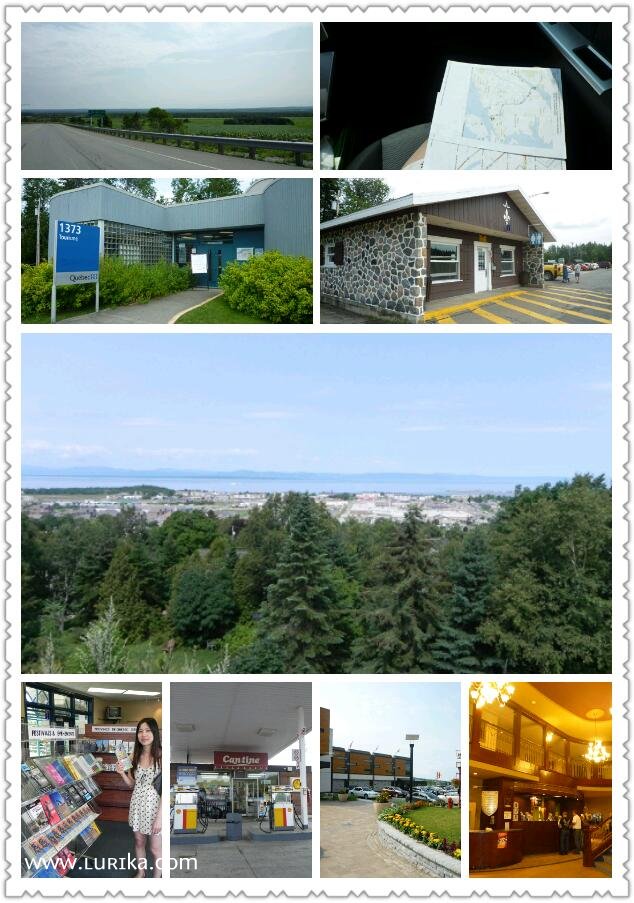 {The photo in the middle is Saint- Laurent river}

My boyfriend and I had a road trip a couple weeks ago. We wanted to have adventures thus we didn't plan where to go and just decided to go to eastern Canada. The main idea of our trip was to relax and to visit some small towns like in the movie "House of wax"... kidding, more like in "The proposal". Anyhow, our trip was fantastic, except that two unexpected things occurred (will explain to you later). 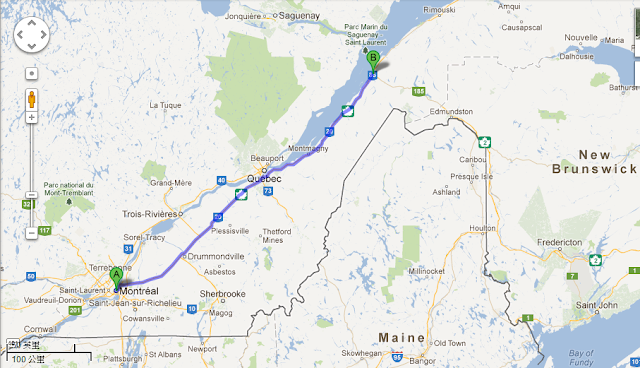 We borrowed a car from my boyfriend's brother in law and followed the road E20 to the first destination Riviere Du Loup. Besides the sightseeing, we could not do much on the free way. We tried to discover something interesting, such as checking people's car numbers or where these people came from. When we noticed the tank had only half remaining, we went to a gas station to fill it in a small town. To my surprise, the machine in the gas station was an old fashioned one which had no place to insert the credit card, which meant I had to remember the price and pay the bill in the office. It was cute and was what I wanted to see: a small town.

After driving for five hours to our hotel, both of us were exhausted like hell. We didn't even have energy to find a good restaurant, just grabbed some KFC for dinner in the end...