The transportation in Montreal


Before starting school, my Spanish friend and home stay mate helped me get there by public transportation. We took the bus and transferred to the metro by using an OPUS card. A card costs around CAD$70 per month. 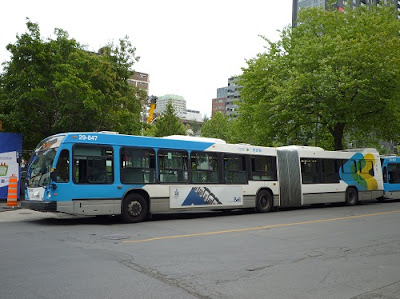 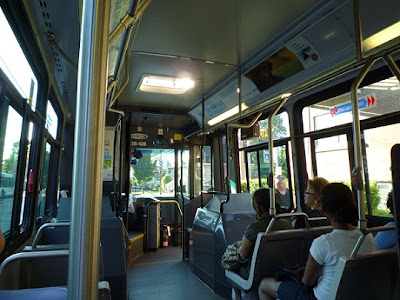 The transportation in Montreal is pretty convenient. However, there are a few things that I can't get used to. First of all, I learned that while I was taking the bus, I MUST keep awake to avoid missing the place where I need to get off because neither the marquee nor the announcer would let me know what the next stop is. The bus driver is only announcing when something happens, moreover he's only announcing in French. Furthermore, I was shocked when the metro, which had not reached a full stop at the station yet, opened its doors to let people out. It looked not only dangerous, but also quite unusual, even though it seemed it was business as usual for the locals. Finally, there is no washroom in any metro station. I always wondered what someone, especially someone drunk, should do if he was waiting for the metro and needed to unexpectedly liberate something in emergency. It explains a bit the smell of urine that we sometime find in the metro. (just kidding)
Poster： Unknown 於 19:10

Don't be kidding... There was a time where we would have washrooms in Montreal's Metro, but they decided to closed them down for security reason... Because they were not being able to do proper security!

Now, anytime of day, when there is less people standing by, you can find someone peeing in a corner!!!

It doesn't smell that much, but It could be better!!!

The more vast the metro station is the more likely you may find someone peeing... Cornerstones stations like Berri-UQAM are the most likely to be filthy!

Thank you for telling me!

......@.@ well,anyway, I wish there were a washroom near each station. It's quite uncomfortable.