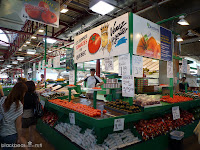 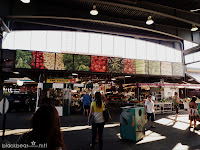 One afternoon, my friends and I were supposed to join the daily school activity, which that day was the tour of Jean-Talon market. Unfortunately, while we were waiting in our school's common area, our guide left without our knowledge. Thus, we had to go there by ourselves. We took the metro to the Jean-Talon station and looked for the way to the market. Before we realized the market shouldn't have been that far, we had walked for about 30 minutes. We started asking passerby's at random. Despite the official language being French in Montreal, most people could speak English as well, so no problems for tourists coming here alone. 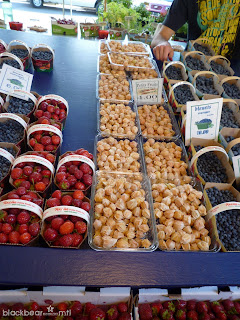 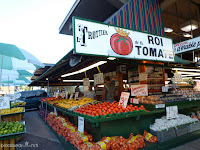 We finally found where the market was located. In fact, it was not as far as we previously thought. The market was quite large, and surprisingly clean. The reason I loved the place so much was that I could find a wide variety of cheap products as well as free samples of fruit, vegetables and cheese. There was no need to be shy, we could just try it before we paid.