Fancy food on the Orford Express 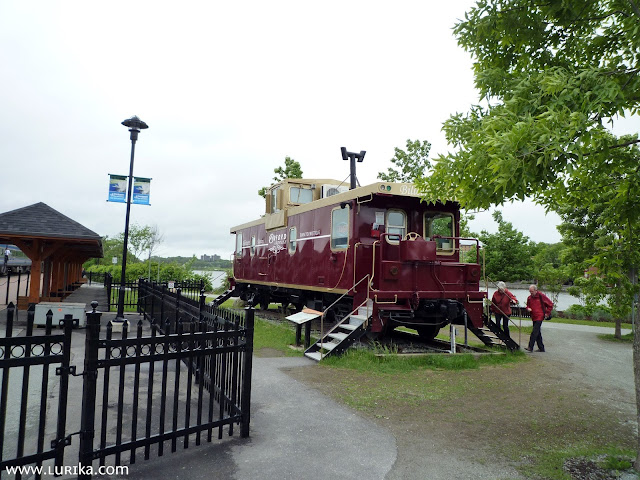 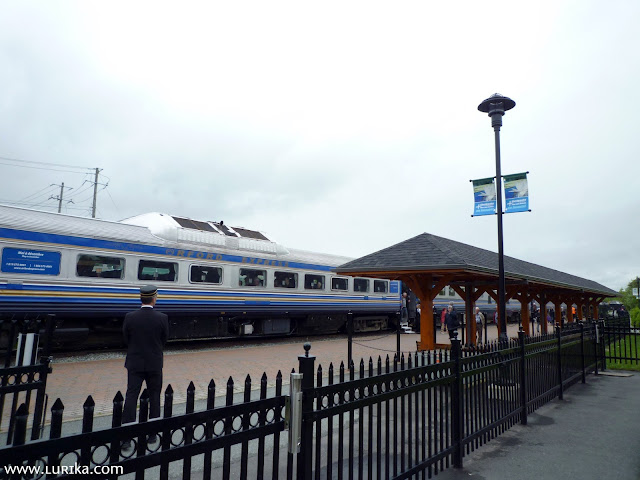 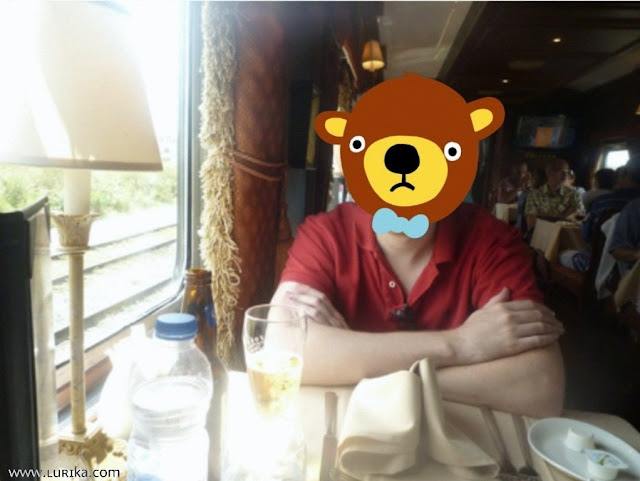 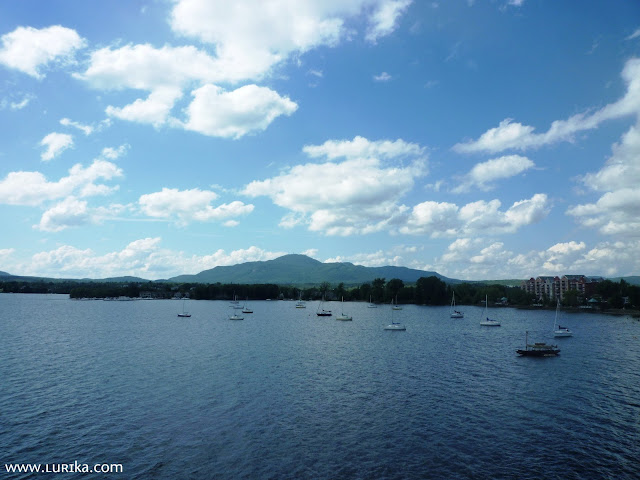 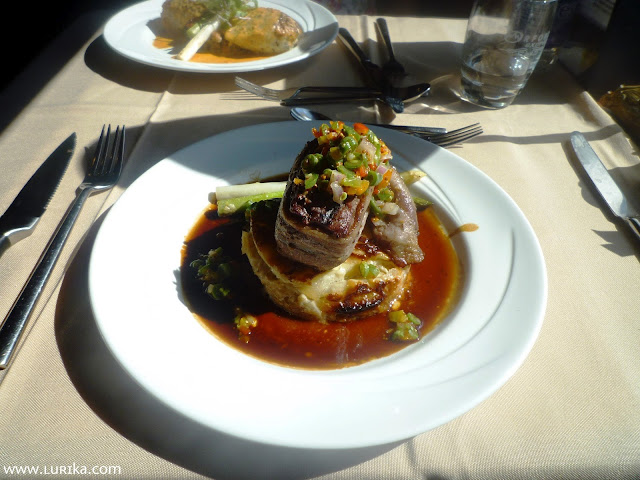 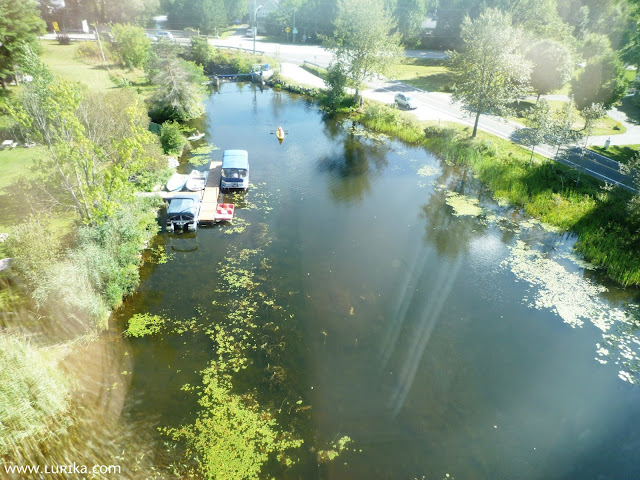 We were on the bridge with the train. 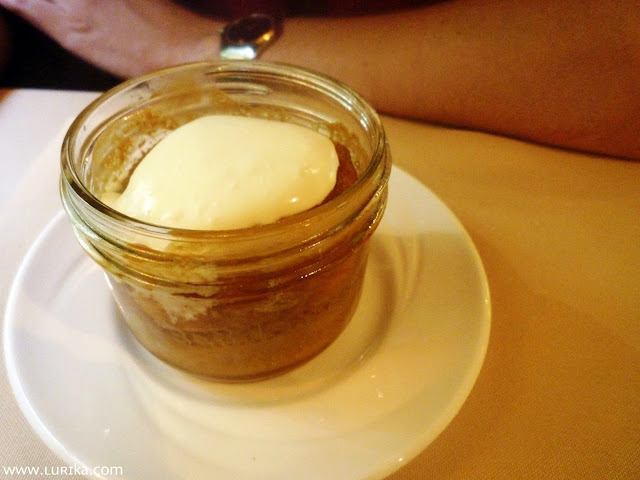 Dessert: hot caramel cake with vanilla something like that.

Having a dinner on a train while enjoying sightseeing was definitely one of my dreams. When I watched the Japanese TV program that introduced sort of that luxury trip in Japan, it made my mouth water. Coincidentally my boyfriend received a birthday gift from his sister and brother in law. The gift was exactly what I have obsessed with for ages, and I just took advantage of him.

The train was leaving from Sherbrooke train station which is a two hours drive from Montreal. The departure from Sherbrooke was at 2p.m and the return was around 5:30p.m. During three and a half hours, we had deluxe meals, in the meanwhile, we stopped in Magog where we wandered around for 30 minutes, after that, the train kept running to Eastman and turned back to Sherbrooke station.

I was really into the retro decor when I just stepped on the train. Unfortunately I was too shy to take photos inside so the quality of the image( top third ) is not really good. There were two screens to guide people on the view we saw( French only however ), one was on the front and the other was on the back for people who sat in the opposite direction. I was so satisfied with the service because the waiters were very attentive, kind, and with warm smiles. The trip ended up with one of the waitresses's performance. I felt something touched my chest when I heard her beautiful voice. I would like to do a trip like this again, though I didn't see any young people like me in this trip(?!).

Oh! I forgot to describe the food. Anyway, I can only give them two thumbs up and I'm drooling now. You are smart enough, I'm sure you will see what I mean:)

For someone who is interested in having a outing train trip, please check the link: http://www.orfordexpress.com/en/home.htm